D.C. Slaps the Baseline Towards a Fiscal Crisis

D.C. Slaps the Baseline Towards a Fiscal Crisis As part of Republican efforts to repeal and replace Obamacare, both the House and Senate proposals contain reforms to Medicaid, one of the largest and fastest growing federal programs.  Opponents of the bill say that these reforms “slash” Medicaid to the tune of $800 billion.  Proponents of the bill – including the President – say that the bill increases spending on Medicaid by $70 billion.

These are polar opposite factual claims and only one side can be right.  Except in Washington DC – where political preferences are imbedded in nearly every number.  Here is a chart from the Washington Post that illustrates what is at play with the Medicaid cuts versus growth debate. 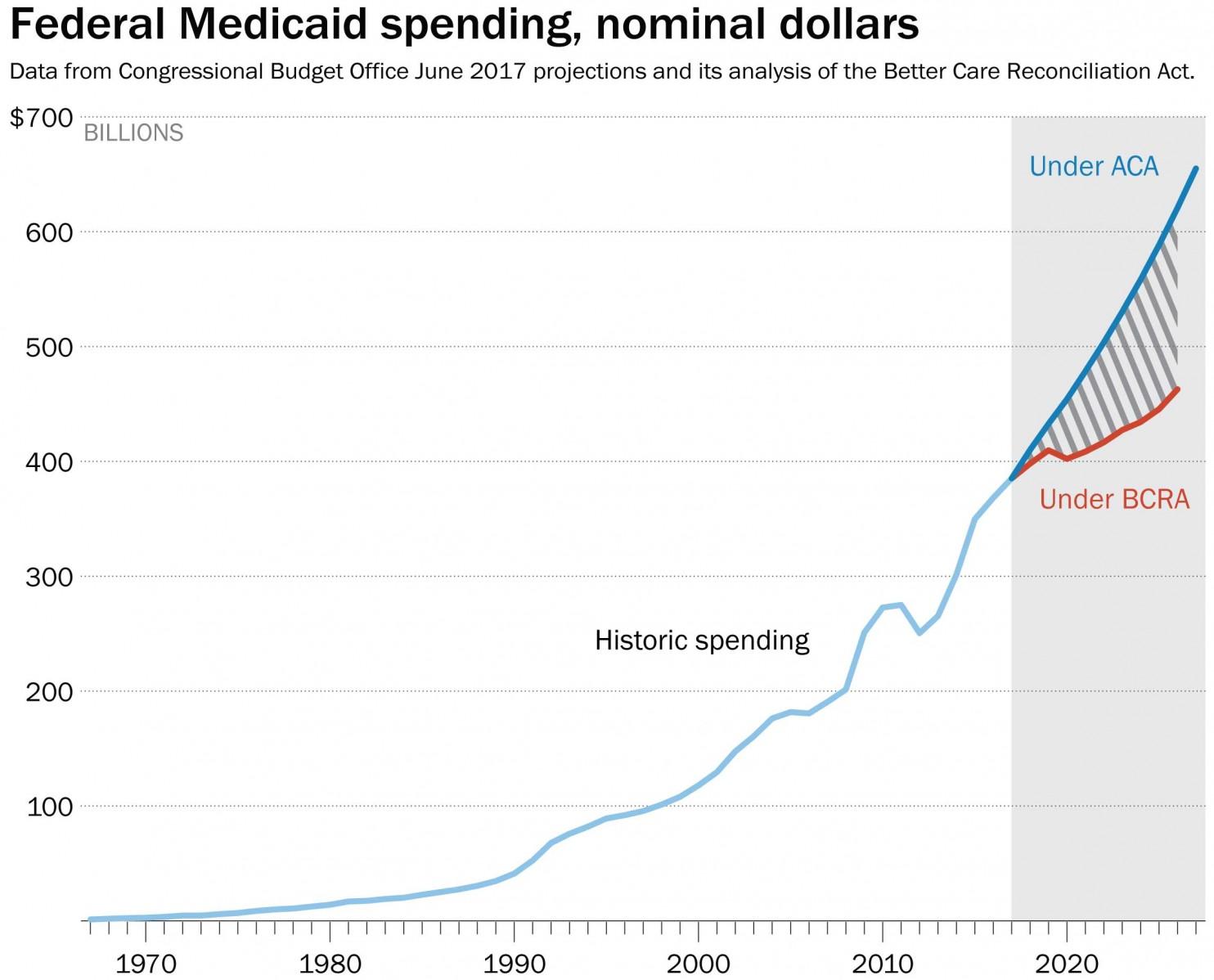 When you compare the Republican Senate’s Better Care Reconciliation Act (BCRA) to what the CBO assumes will be spent under the trajectory of currently enacted policies, then the federal government will spend $800 billion fewer on Medicaid if the BCRA becomes law. On the other hand, the BCRA will actually continue to increase spending from the current level by about $70 billion – just not by as much.

While both sides claims are technically right based on their frames of reference, this debate illustrates how future generations are being wronged in the process.  Medicaid’s pace of spending “under current law” is accelerating rapidly from $389 billion in 2017 to $650 billion in 2027.  Reforms that put the program on a more sustainable trajectory by eliminating waste, fraud and abuse, and incentivizing states to innovate and find efficiencies should be celebrated as a first step towards fiscal sanity.  As we have written on before, even if these Medicaid reforms become law, Congress still has a long way to go to get on top of the massive entitlement wave. 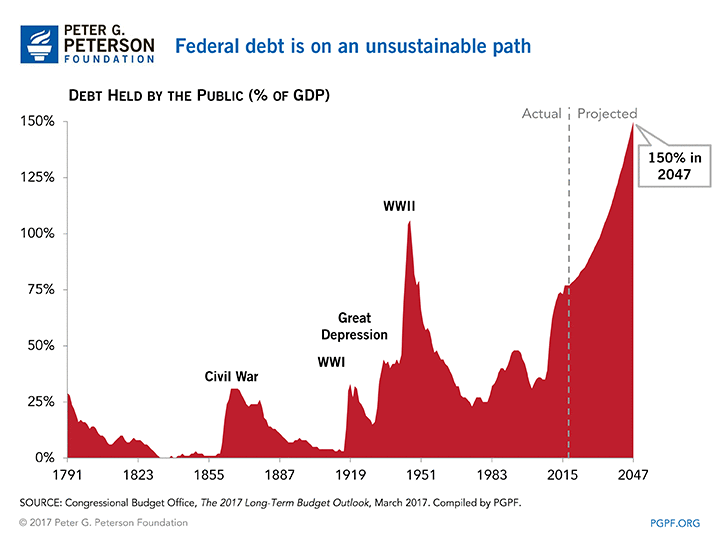 People clinging onto “current law” assumptions to oppose reforms that will put our country on a more sustainable fiscal course are ignoring what CBO is also reporting.  According to their 2017 Long-Term Budget Outlook, CBO projects that we will return to $1 trillion annual deficits within the decade and “if current laws generally remained unchanged…growing budget deficits would boost [the] debt sharply over the next 30 years; it would reach 150 percent of GDP in 2047. The prospect of such large and growing debt poses substantial risks for the nation…”

The “under current law” baseline should not be the guidepost to judge the merits of legislation upon.  The “under current law” baseline is what must change dramatically in order to avoid drowning younger Americans in debilitating piles of debt!  Yet, the Washington politicians will keep strumming their preferred baselines to justify kicking the can down the road.  Clowns to the left of me, jokers to the right, and future generations are stuck in the middle with debt.